7th Rangers: I think the friggin Indons should take care of their own backyard 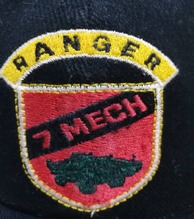